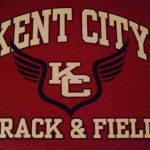 The boys and girls middle school Track & Field teams traveled up to Newaygo for their first track meet Wednesday evening. Both teams competed well and came out with a win over both Newaygo and Hesperia. The girls team scored 68.5 points with Newaygo and Hesperia scoring 62.5 points and 1 point, respectively. The boys 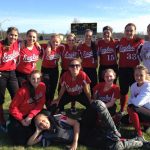 The softball team opened their season last night with a 6-0 win over Covenant Christian. The win was accomplished with stellar pitching, excellent defense, and consistent hitting. Blaire Mortensen and Kelsey Krueger pitched in the combined shut-out. Mortensen pitched 5 innings and only gave up 2 hits while striking out 2. Krueger only gave up 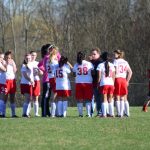 Kent City’s JV Girls soccer team dropped a match tonight against a very disciplined Rockford Freshman team.  Rockford’s strong possession and determined attack proved to be too much for the Eagles.  Highlights for the Eagles included solid play by the center backs (Nina Swanson and Carson Oliver) and twelve saves by Natalie Jasman. Next game: Monday 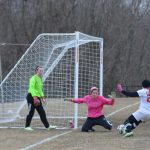 The JV girls played in a close game at Grant on Monday evening, losing 0 – 1.  Possession changed direction often as each team made a bid to make the winning goal.  Grant’s Tigers, however, were successful. The Eagles continued to work on their combination play and improvements in defense. Offensively Samantha Yancharas led the team 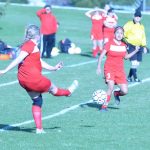 Kent City Varsity soccer could not hold off Grants powerful attack. They scored early and continued with the momentum. Kent City was led by Meghan Boyd, who worked hard and had three shots on goal. The team looks forward as they will take on Newaygo on Wednesday, April 15th. The game will be played in 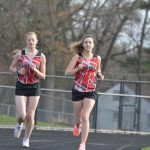 The Kent City Girls’ Track & Field team traveled to Holton and routed the Red Devils 120-15!  The Eagles dominated pretty much every event and were stingy in allowing the Red Devils to score. Kaitlyn Geers was perfect on the night, earning first place in all four events–the 100, 200, 400 meter relay, and 800 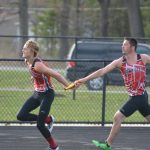 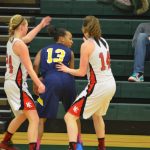 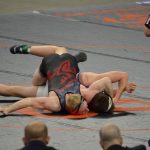 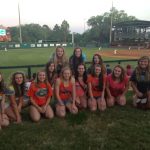 The Kent City softball program took its first trip south for Spring Break 2015 for the first time in quite a few years. Nine varsity players, three JV players and three coaches took their spring break to Destin, Florida for the opportunity to prepare for this year’s season. The weather in Destin was absolutely