The results are in from the 2020 cross country season and the Kent City Lady Eagles have earned academic all-state as a team!  Requirements included competing at the state finals and having over a 3.5 GPA.  The team had nearly a 3.8 GPA and consisted of Carley Denhof, Kierra Flegel, Gracie Houtman, Emily Lantzer, Alyeska Linsley, Layla Martini, and Isabella Max.

Individually, Layla and Alyeska have earned academic all-state again, both having earned it in the past.  To be considered, runners had to finish in the top one-half of the state finals field and have at least a 3.8 GPA.  By finisher place and GPA, Layla was the fifth best in Division 3 and Aly was tenth.  Congratulations! 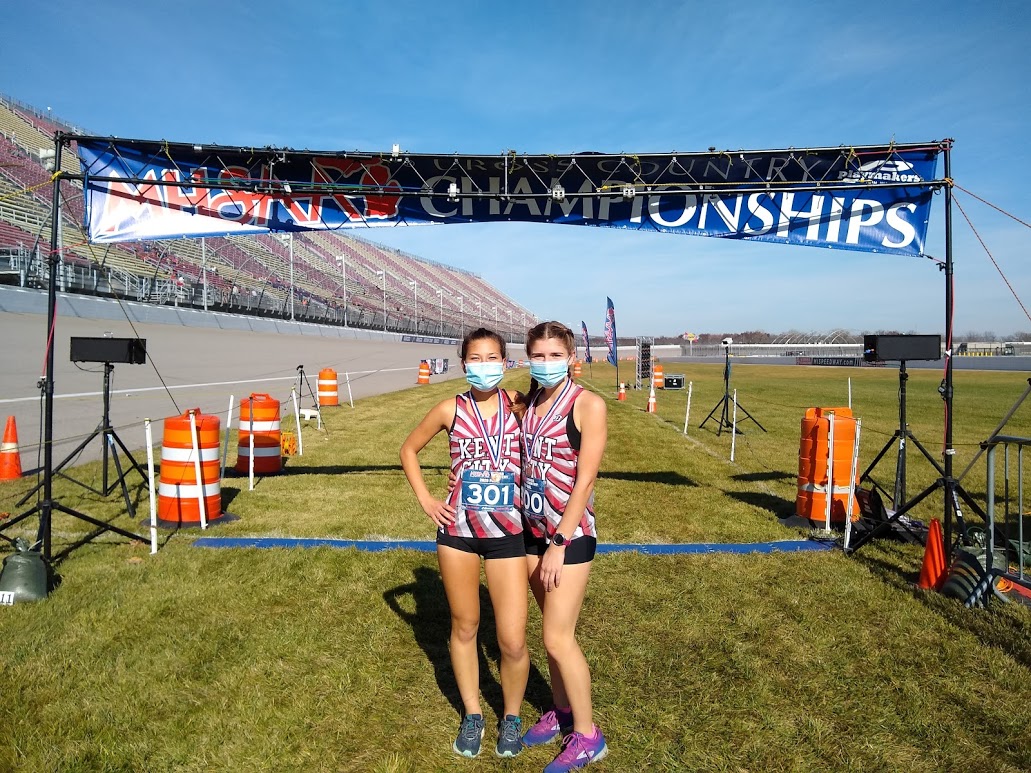