The varsity volleyball team hosted the Hesperia Panthers in another league match after playing them just over a week ago in a tight 4 set match.  This would be  another  very scrappy match put on by both teams.  The Lady Eagles fell behind by a few points early on in the first set, but quickly turned their play up and came back to win the first set 25-22.  In the second set of the night the Eagles took charge early with some strong serving to start out the set by Jasmine Weeks and they would continue to play hard and keep the Panther offense off and won 25-19.  In the final set of the night the Eagles would again continue to play hard and as a team and would finish off the match with a 25-20 win.  They will be back in action on Monday night at home starting at 5:00 pm.

Leaders on the night were: 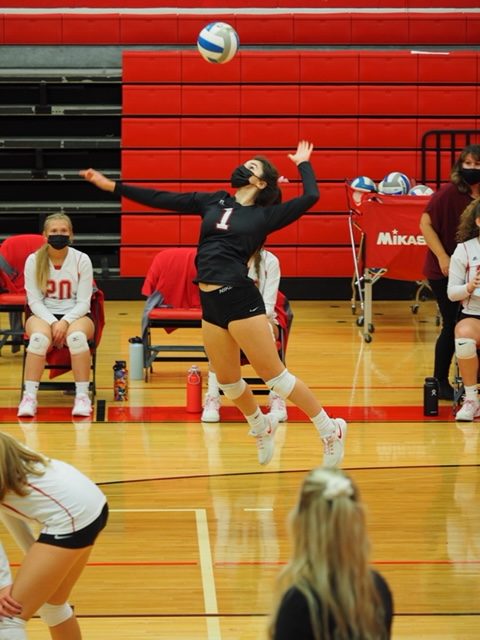 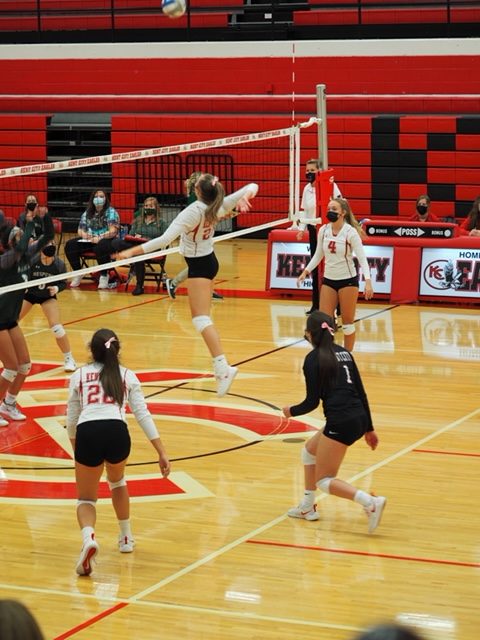 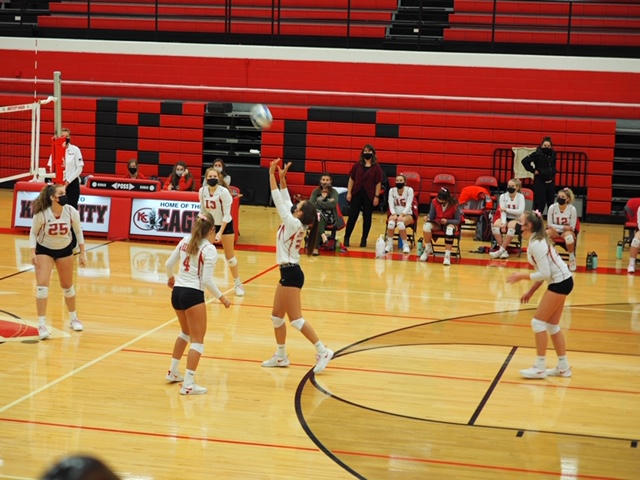