The JV volleyball team played back to back games this week. Tuesday night they traveled to Sparta for Tri match with host Sparta and Covenant Christian. In the opener with Sparta the girls took both sets 25-13 and 25-10. In the second match with Covenant the girls battled hard, but a few too many serving and defensive errors had them falling short 16-25 and 21-25. Leaders on the night were Jacee Hoffman with 15 points and 4 aces. She also added 24 assists. Offensively Maddie Geers led the team with 9 kills and Lexie Bowers and Az Scheuneman had 5 kills each. Karley Vazquez had 3 blocks at the net. Defense was led by Lexie Bowers with 16 digs and Maddalena Loddo added 10 digs. 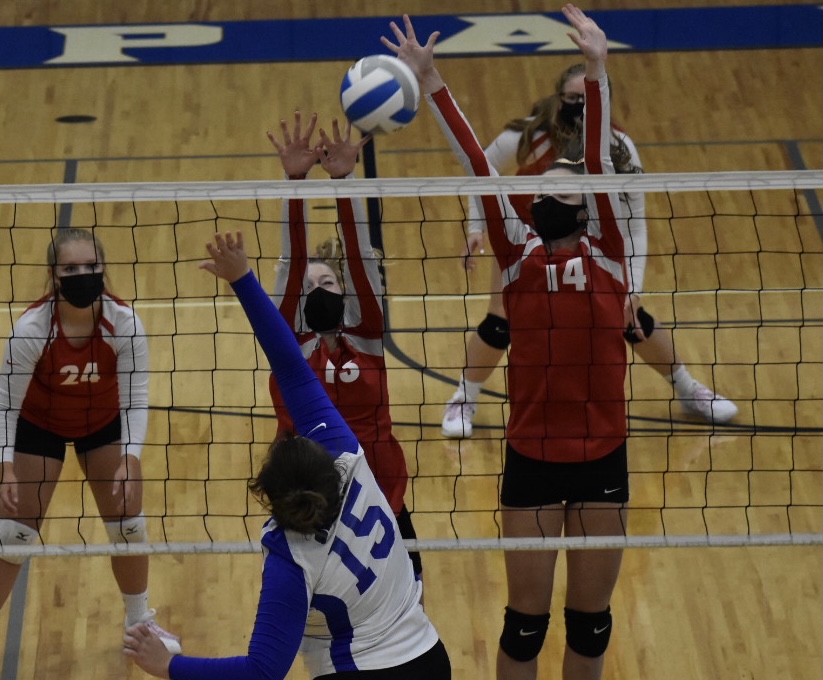 The team hosted the Hesperia Panthers Wednesday night and brought home the win with some strong defense with scores of 25-22, 25-14 and 7-15. Maddie Geers had 9 points and 1 ace to lead all servers. Jacee Hoffman had 9 assists. Maddie Geers played the net well with 6 kills and 1 block. Defensively the Eagles shined forcing the Panthers to continue to play the ball. Lexie Bowers led with 14 digs. Maddalena Loddo had 9 digs and Savannah Miller and Jacee Hoffman had 8 digs each. The ladies were 2-1 on the week and travel to Ludington next Monday for their next game. 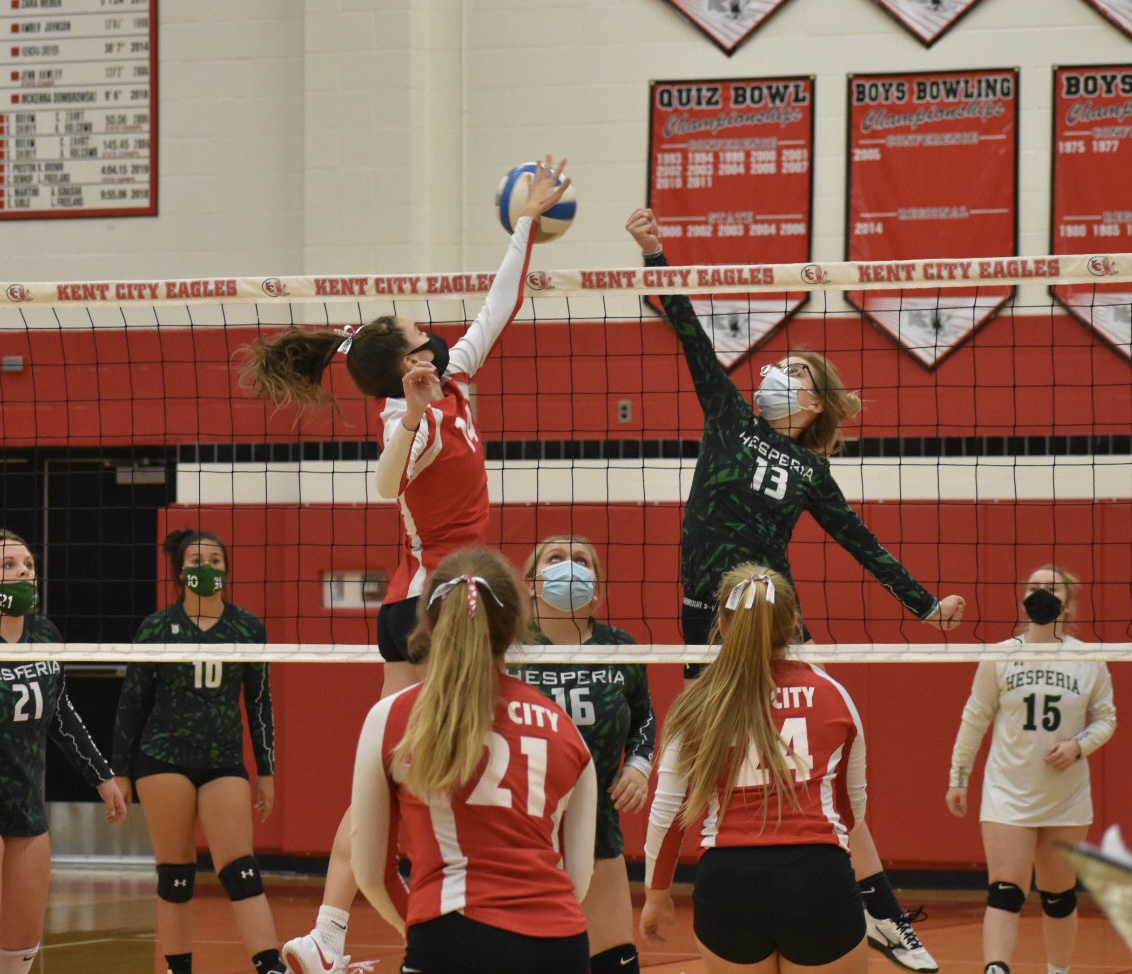