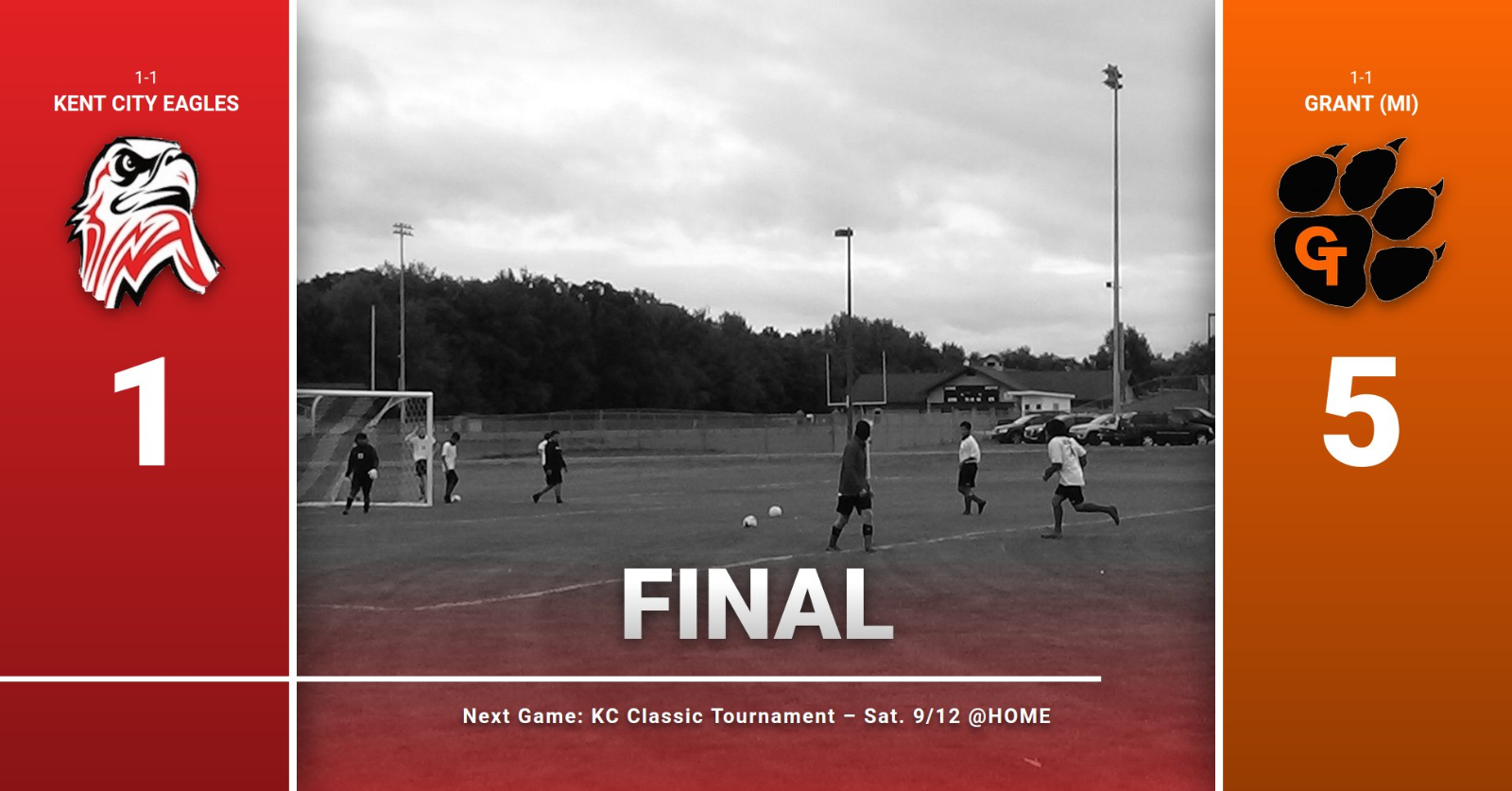 In another gloomy and wet match, your Eagles Varsity Boys Soccer team traveled the short trip north to Grant on Thursday to take on the Tigers. Grant began the season this past Tuesday just like the Eagles and looked to regroup after an 8-0 loss to Fremont.

The Tigers controlled much of the first 20mins in the match as they came out strong and earned a penalty kick 15mins into the 1st half which put them up 1-0. After those first 20mins, the Eagles regained their footing and were able to begin having better ball movement but struggled to connect in the final 3rd of the field. It would continue to be a back and forth game for much of the 1st half and finished 2-0 at the halfway point in the match.

The halftime adjustments were simple as the Eagles recognized areas where they needed to improve. Fired up and ready to make up ground the Eagles focused on better ball movement and control. To that end, Kent City had possession of the ball 80% of the time in the second half. The Tigers counter-attack would prove to be menacing as they quickly countered the Eagles and netted the first goal of the 2nd half. Not long after, Santiago Gomez would find the back of the net from an assist from Alfredo Bolinas-Colin. We stood 3-1 at this point and continued to control possession. The Eagles were able to get multiple scoring chances but were unsuccessful. Despite an outstanding performance from Eagles Goalkeeper, Pedro Diaz-Charles the Eagles fell to the Tigers 5-1 for your final score.

The game of soccer can be a cruel sport. A team can control the game but if you don’t capitalize on scoring chances you don’t end up with the deserved results.

The Eagles look to get back in the winning column here at home this Saturday as they host the 2nd annual KC Classic Soccer Tournament. The Eagles will play Lakeview at 9 am & Montague at Noon.