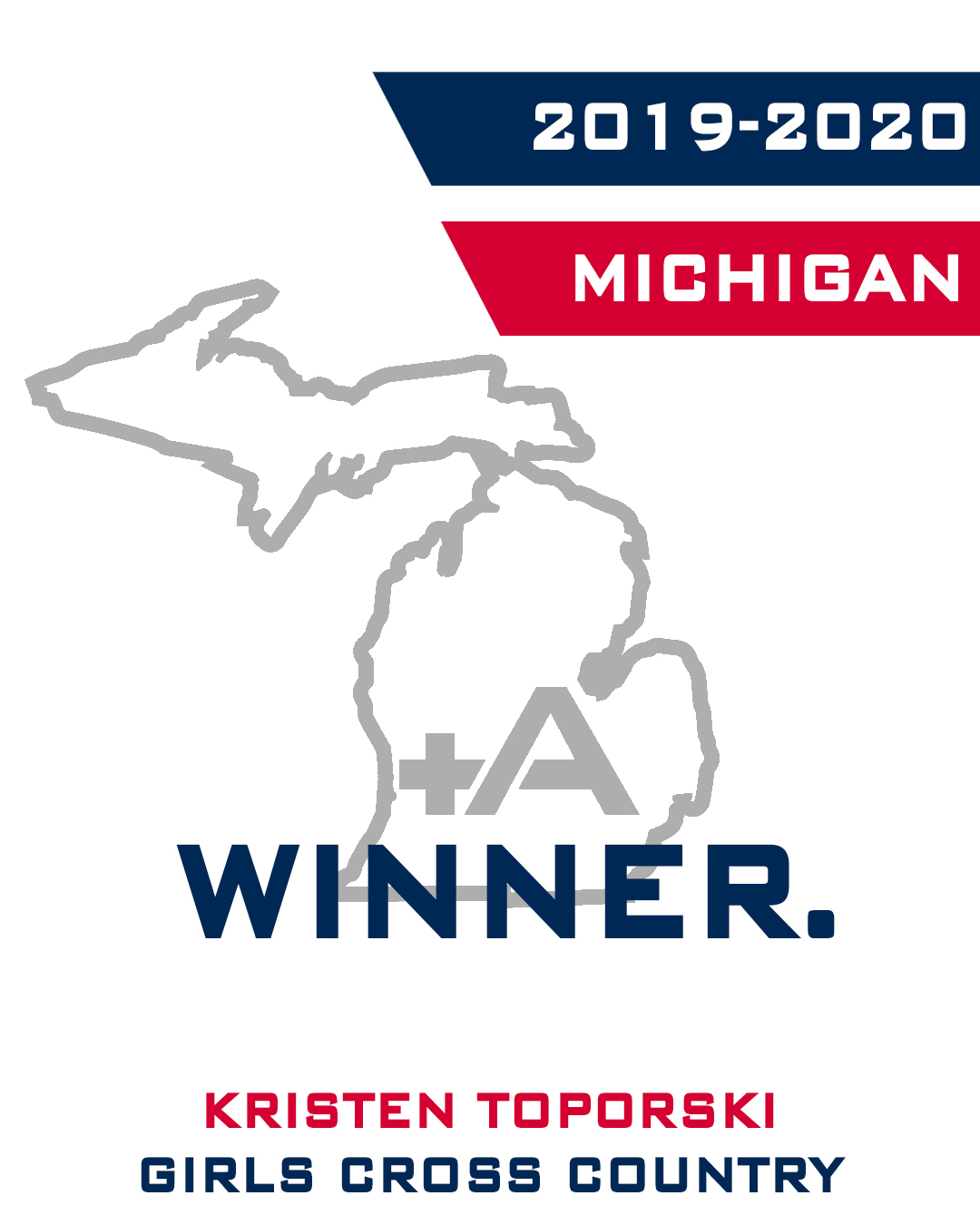 In my opinion, the originator of the “fun run” must have been some type of masochist, pairing up two words like fun and run.   Kent City’s Kristen Toporski would probably be quick to disagree or surely would approach many people’s distaste of running with a positive spin.   The 2020 graduate is being recognized state-wide as the 2020 Positive Athlete for girls cross country, an award no other Kent City student-athlete has ever won.   Each year the Positive Athlete organization rewards student-athletes for the character they display not their athletic performance.   Active in six different states across the nation, Positive Athlete has awarded over $400,000 in college scholarships to high school student-athletes asking the question: How do you OPERATE, an acronym that stands for

Nominating Kristen Toporski was a no-brainer as the senior has exemplified all of those characteristics (and more) throughout her four years at Kent City High School.   In addition to cross country, Toporski also participated on the varsity sideline cheer team, varsity basketball cheer team and the track and field team for the Eagles.  In addition to athletics, Toporski was also a member of quiz bowl, the writing team, and the Kent City marching Eagles.   Outside of school, Toporski was very active with her youth group and with the Fellowship of Christian Athletes who meet each Wednesday before school starts.    To say that Toporski deserves this award based solely on her character off the field would be false, she played a KEY role in the success of these many groups while embodying the attributes of a student leader at Kent City Community Schools.

In athletics, Toporski’s cross country and track and field teams captured seven conference championships (would have added an eighth in the spring in track and field), qualified for the state meet as a team four times, and were Academic All-State on four separate occasions.  Toporski earned Honorable Mention All-Conference in cross country individually one time and 1st Team All-Conference in track and field two times.  For the Marching Eagles, Toporski was the Brass Captain and a Section Leader for the 2019 State champions.   In Quiz Bowl and Writing, Toporski earned All-Conference her senior year, helping the Quiz Bowl team qualify for the State and National Invitationals two times.   While she was doing all of this, she was also a student-lifeguard at the Kent City Pool. 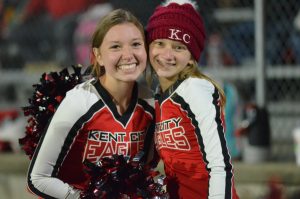 Accomplishments aside, Toporski was always someone we could count on to help out regardless of the task . . . and always with a smile.  Two years ago when the basketball cheer team was brought back to Kent City, Toporski was there to cheer the Eagles on and try something new.   She even joined the varsity sideline cheer team last fall as a senior, juggling her time between cross country and cheer to get the most out of her senior year.     My first interaction with Kristen in 6th grade points to the type of person Toporski is.   While visiting classrooms, Kristen welcomed me to the classroom offering me her seat, when most students were (and in most cases still are) very reluctant to talk to the grumpy, old Assistant Principal.

In most years, winners of the Positive Athlete Award are recognized at Comerica Park prior to a Detroit Tigers game.  Unfortunately, that will not be happening this year.    Instead a video highlighting all of the winners has been produced which can be viewed by using the following link:

This fall, Kristen will be attending the University of Michigan where she will be studying Communications and Media, along with a possible double major in Political Science, Philosophy, and Economics.   If the leadership she has demonstrated while at Kent City is any indication, then someone like Kristen Toporski in our political arena will be a breath of fresh air.

In addition to Kristen Toporski’s nomination for Girls Cross Country, seniors Dolan Bair and Alex Solorio were also nominated in their respective sports.