The latest poll from the Muskegon Chronicle/MLive includes two more Kent City spring sports stars, this time, both from the varsity girls track and field team.   MLive/Muskegon Chronicle’s current poll is asking readers to vote for the student-athlete who would have ruled field events in Muskegon-area girls track and field this season.  Although the poll is set to close tomorrow (Friday), it is worth noting that Kent City’s junior, Eric Bull, and sophomore, Taryn Preston were included in the vote based on their performances during the 2019 track and field season.   It also points to the success the 2020 track and field team would have potentially had, adding to an already rich history that includes five consecutive CSAA Silver championship and last years trip the MITCA Team State Finals where they finished in 7th place. 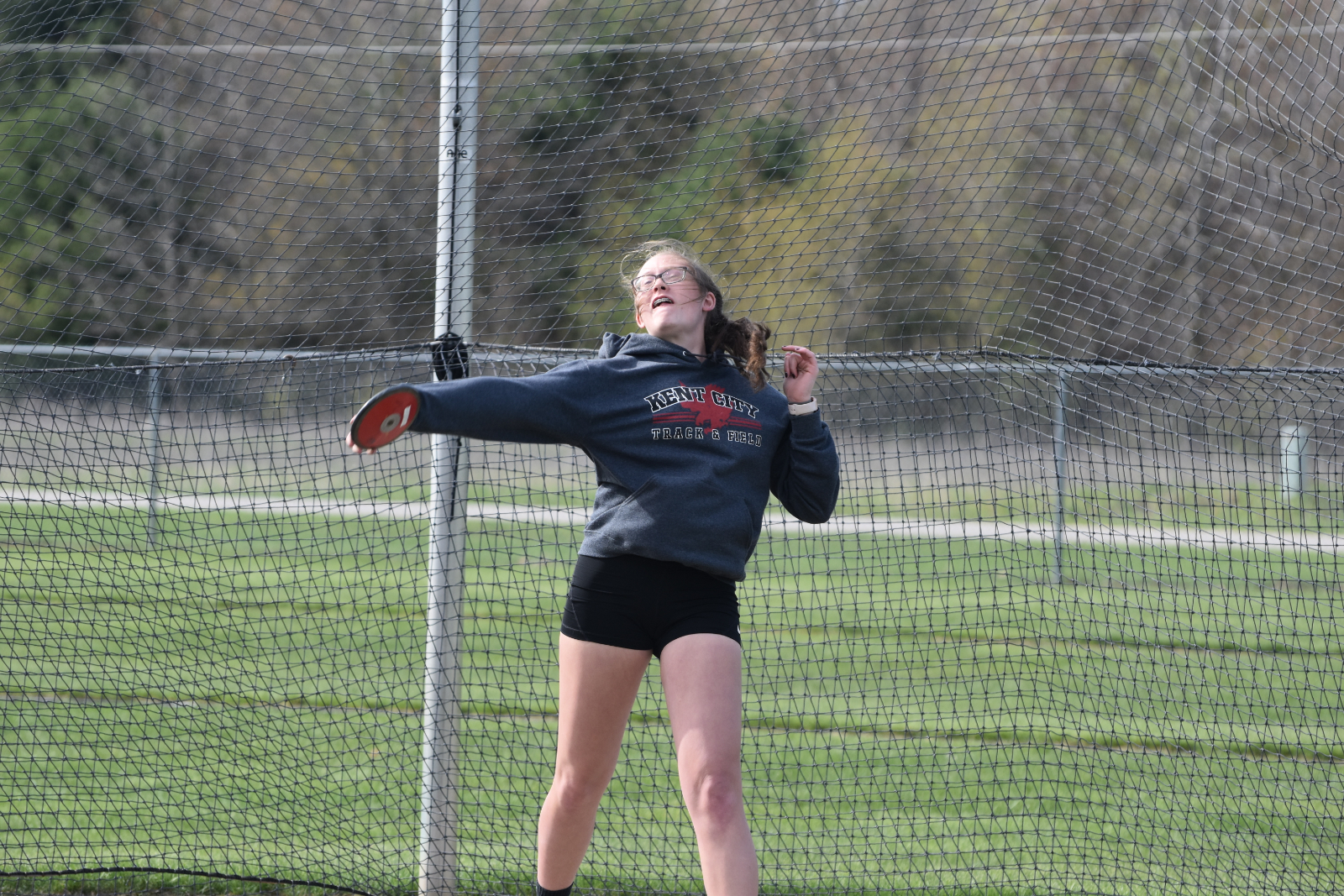 Erica Bull
During the 2019 season, Erica was Kent City’s top thrower, leading the Eagles in both the shot put and the discus.   At the 2019 MHSAA Regionals, Bull just missed qualifying for the State Finals in the shot put with a third place finish.   Bull’s put of 31’9.75″ was just .75 inches away from a second place tie.   Bull also improved throughout the season in the discus, throwing 104’9″ at Morley Stanwood in the final dual meet of the 2019 season.  For her efforts, Bull earned 1st Team All-Conference last year in track and field.  It was looking like a break-out season for the junior, especially considering her marks she set on a virtual track meet on March 31.   In that event, Bull recorded a shot put of 30’7″ and a throw of 101’8″ in the discus — both near her PR very early in the spring!   Bull is also a key member of the varsity volleyball team who made a run to the District finals in 2019, in fact, she was also 1st Team All-Conference in volleyball. 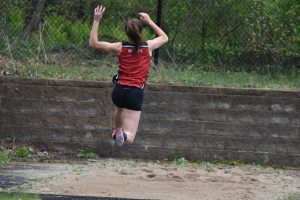 Taryn Preston
This is the second nomination for Preston in this series.   She was first nominated in the top sprinter poll that was completed a couple of weeks ago.   The spring is a busy time for the sophomore as in addition to track and field, Preston is also a key component of the varsity softball team’s success.   Last year, as a freshman, Preston broke the school record in the 300 meter hurdles and finished 7th at the State Finals in that event.  She also was a part of the State champion 4×400 meter relay team that also shattered a school record.   In terms of field events, Preston is a special talent in the long jump.   Last year, Preston recorded a personal record of 16’1.50″ at Holton mid-way through the season.   At Regionals, Preston just missed qualifying for the State Finals, finishing in 3rd place in the long jump, with below average jump (for her) of 14’10”.   In addition to track and field and softball, Preston also earned Honorable Mention All-Conference in basketball this past winter and plays volleyball in the fall.

To vote for Erica Bull and Taryn Preston, use the following link:
Who would have ruled field events in Muskegon-area girls track in 2020?