Even a little mud couldn’t stop the Eagle harriers at the state finals held at the Michigan International Speedway.  After earning the right to race, the Kent City runners savored their day on the race course at the giant race track.  Twenty-seven of the best teams and 240-250 runners toed the line in each race. 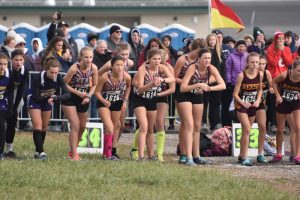 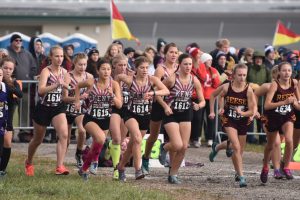 In the D3 girls’ race, junior Layla Martini set out on a mission.  She wanted to lead her team and repeat as an all-stater and bring home that precious tiny state medal.  Seeded only 27th coming into the meet, Layla set out with some of the top runners.  She hung on as best she could and even put in a spurt to the finish to move up to 16th place!  Mission accomplished!  Layla moved up a spot from last year and ran a faster time on the muddy course (19:30).  Considering there were close to 1300 female runners in our division this season, Layla ranks in the top 1.25% and was in the top 6.8% of those running at state. 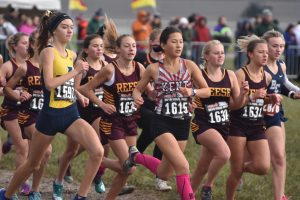 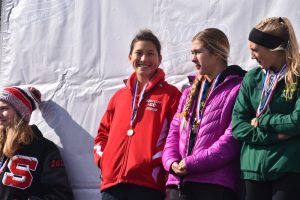 Alyeska Linsley ran at state for the first time and finished a very respectable 74th.  Emily Lantzer improved on both her time and finish place from 2018 as she finished strong right in front of senior Abby Ignasiak.  Fellow senior Elizabeth Sible ran her final race for the team as the fifth runner.  Both Kierra Flegel and Carley Denhof improved upon last year’s places for the Eagle squad. 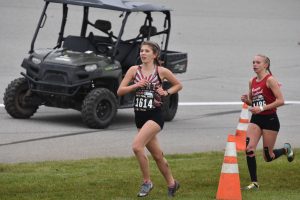 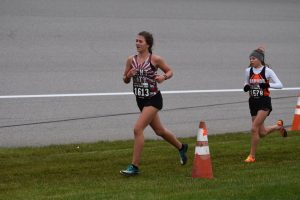 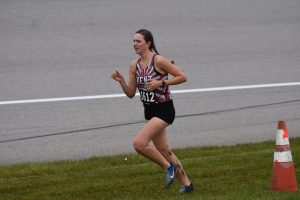 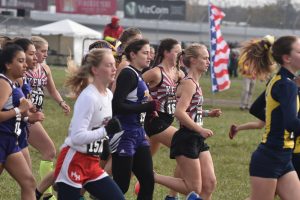 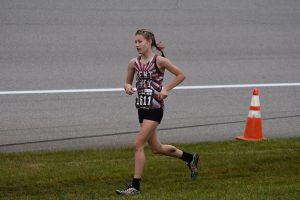 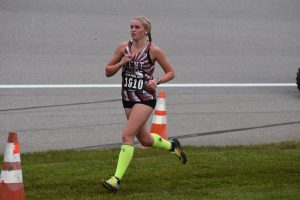 As a team, the ladies finished a solid 14th place, putting them in the top 9% of the division III programs.  They’d been eyeing a top 15 spot so were pleased with their collective finish. 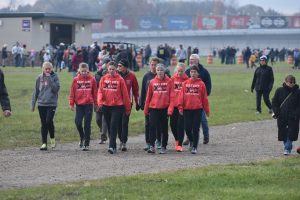 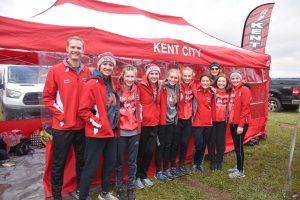 Nick Flegel and Ryan Wheeler also came to finish their 2019 seasons on positive notes after racing so well at the Allendale regional meet to qualify for the state finals. 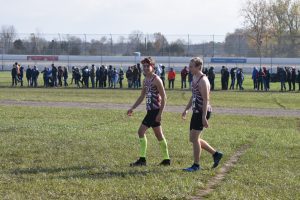 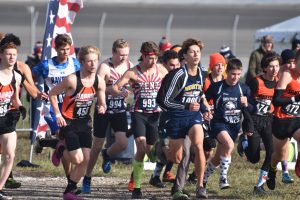 After battling the season with injuries, Nick ran his best at Allendale but the muddy course and crowded conditions of MIS certainly slowed both Nick and Ryan.  Although it wasn’t their best times, both improved on last year’s places at the state finals.  Nick finished 92nd, while Ryan was 133rd. 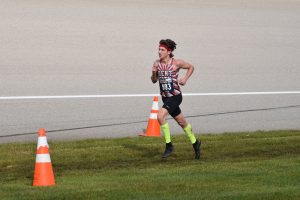 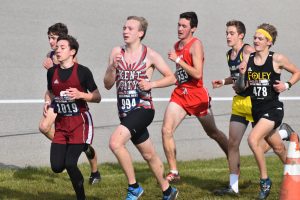 We are extremely proud of our teams and especially of our seniors who raced for the last time in the Kent City cross country jerseys.  Great job Eagles!