Although the meet was postponed a week, it didn’t take the girls’ cross country team  long to slam the door on the rest of the conference as they remained perfect in the third conference jamboree held behind KCHS.  Kent City scored 22 points to second place Holton’s 69!

Layla Martini and Aly Linsley again finished 1-2.  This time Elizabeth Sible surged past an opponent in the final straightaway to claim bronze with Abby Ignasiak in 5th.  Carley-Q Denhof was 11th.  Kierra Flegel was 15th, Kristen Toporski was 17th, and Mickenzie Brancheau was 23rd.

The race for the boys’ CSAA title was all tied up after White Cloud had won jamboree #1 and Kent City claimed the honors in the second jamboree.  But at Kent City, the energetic Eagles retained their number one position, almost ensuring at least a share of the 2019 conference championship.  Final scores for the top three teams were:  KC–36, White Cloud–46, and Morley-Stanwood–71!   After the first White Cloud competitor, Kent City finished man-for-man ahead of their runners. 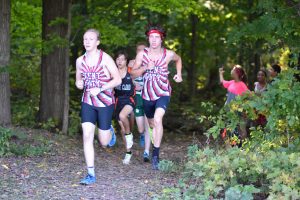 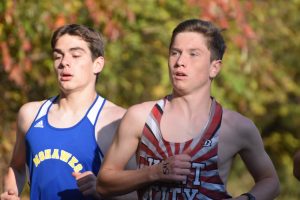 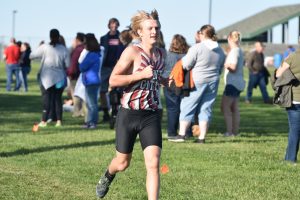 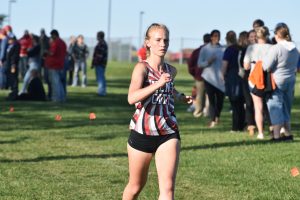 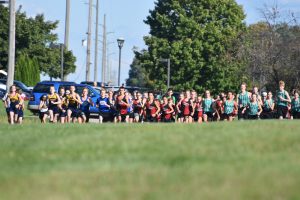 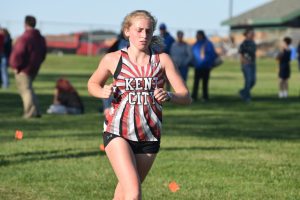 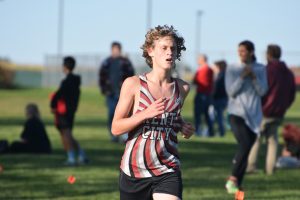 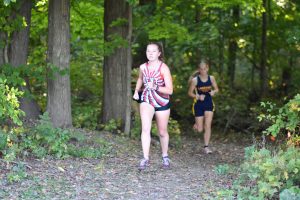 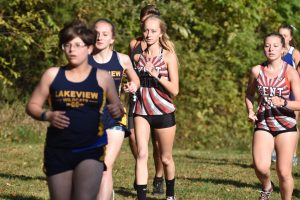 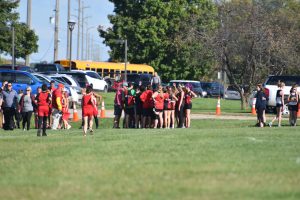 The Eagle harriers will travel to Montabella for Friday’s Mustang Invitational.