Last Wednesday was one of those days that we would just assume forget at Morley Stanwood.   Not only did our varsity volleyball team run into a tough Morley Stanwood squad, but they also spent some of the evening in their locker room under a tornado warning.  It is events like these that really put the importance of athletics into perspective.  Thankfully everyone is okay, but you just never know what the future holds.  On Friday, September 20, we celebrate the 5th annual Military Appreciation Night at our varsity football game vs. Lakeview.  This event is another one that offers our student-athletes a little perspective on the importance of athletics.

The varsity volleyball rebounded on Saturday, winning the Lakeview Invitational.  Kent City finished the day undefeated, with a 4-0 record.  After dropping the first set to Calvary Baptist Academy, Kent City won the next two to win the match, including a final set that saw junior Jasmine Weeks serve all 15 points!   Kent City also defeated Chippewa Hills in pool play and easily dispersed of the host school in the semi-finals.  In the championship game, Kent City again dropped the first set to Ionia, but then recovered to win sets two and three for the Eagles’ first tournament championship of 2019.

Also on Saturday, the varsity boys soccer team hosted their inaugural Kent City Soccer Tournament.  In the first game, Kent City cruised to a 7-0 halftime lead and then quickly invoked the mercy rule in the 2nd half with their 8th goal to defeat Chippewa Hills.  In the championship game, Kent City jumped out to a 4-1 lead at halftime, but could not hold on, losing to the Wildcats 5-4. 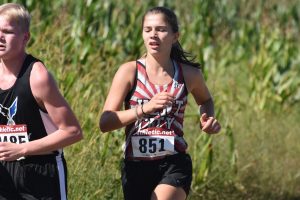 Varsity Cross Country @ CSAA Silver Jamboree (Lakeview)
Tuesday, September 17, 2019 @ 4:30 p.m.
On Tuesday, Kent City travels to Lakeview for the second CSAA Silver Jamboree of the season.  In the first race, Kent City’s girls dominated as usual with seven of the top ten runners.  If you are looking for an upset, it will not happen in the girls’ race, the Eagles are well on their way to their sixth league championship in six years.   The boys side of the conference is a three horse race, with Kent City right in the mix.   At the first CSAA Silver Jamboree, White Cloud (41) upended the Eagles (42), defeating them by one point!   Not far behind them is Morley Stanwood (67).  To catch the Indians, Kent City will simply need one of their runners to move up two spots, that is if everyone else holds their positions.     With three league jamborees remaining the Eagles will need to make their move soon if they plan on winning their 4th consecutive CSAA Silver championship. 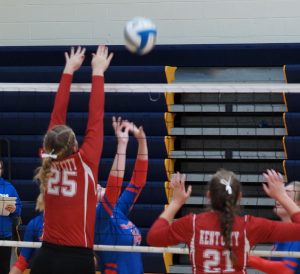 Varsity Volleyball vs. Hesperia (Parents’ Night)
Wednesday, September 18, 2019 @ 7:00 p.m.
Although it did not go as planned last Wednesday, Kent City still can win their first CSAA Silver championship since 2016.  Defeating Hesperia on Wednesday would be key since the Panthers are also 3-0 in the CSAA Silver and tied with Morley Stanwood.  A similar scenario presented itself in 2017, also on Parents’ Night when Kent City upset the Panthers 3-1.  Hesperia won the first set, and then Kent City dismantled the Panthers, throwing them off course for a conference championship.   A win here, would really set the Eagles up as they close in on the mid-way point of the conference season in what appears to be a three team race.   As indicated above, we will be celebrating Parents’ Night prior to the start of the game to thank our parents for all of their support.  It also is the first time we are playing five different levels of volleyball on one court in one evening: 7th and 8th grade, freshman and junior varsity, and varsity. 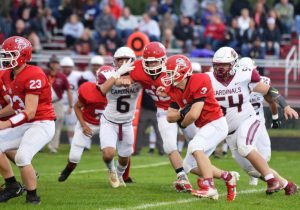 Varsity Football vs. Lakeview (Military Appreciation Game)
Friday, September 20, 2019 @ 7:00 p.m.
After a two week hiatus, Kent City is eager to take the field again.   White Cloud cancelled their varsity team due to a lack of participation giving Kent City a forfeit win and a week off.  Now Kent City starts a three game home stand that features all CSAA Silver opponents, beginning with Lakeview.  The Wildcats are the only team in the CSAA Silver to defeat Kent City in football since their streak of conference championships began back in 2016.  The last two seasons, Kent City took care of Lakeview, including a 49-23 victory over the Wildcats in 2017 on Military Appreciation Night.  Lakeview comes to Kent City again on Military Appreciation Night as we salute all of those who are fighting and have fought for our country.   We welcome current military personnel and veterans from either school to attend the game for free and join us for our pregame festivities as we take a moment to honor our nation’s heroes.  In fact, we invite all military past and present who just want to see a great high school football game between two conference foes!