Eagles Official Sponsor
This week will mark the end of the first month of the fall season and all of our teams are in the thick of the battle.  Everyone but football has started their conference schedule.  These next few weeks will lay the foundation for our next round of league championships as nearly all of our fall teams are still in the hunt for a league title.
The varsity girls cross country team had a great week.  On Tuesday, the Eagles dominated the CSAA Silver with four of the top five runners and seven of the top ten runners.   Senior Layla Martini easily won the race, followed by Alyeska Linsley in second, and Abby Ignasiak in third.   Finishing out the top ten were Elizabeth Sible (5th place), Carley Denhof (6th place), Kierra Flegel (8th place), and Emily Lantzer (10th place).  On Saturday, at the Central Montcalm Stanton Hornet Run, the girls had some more dominating performances. Layla Martini won the junior race in the fastest time of any female runner on the day.  Abby Ignasiak won the senior race with Elizabeth Sible finishing in 3rd place.   Alyeska Linsley finished in 3rd place in the sophomore race followed by Kierra Flegel in 5th place.
White Cloud was not as accommodating to the boys’ cross country team, beating the Eagles by one point in the first CSAA Silver Jamboree.   Senior Nick Flegel finished in 3rd place overall, followed by Ryan Wheeler in 4th and Thomas Swanson in 9th.   At the Hornet Run, the boys had four place in the top ten of their grade-level race.  Freshman Daniel Loew crossed the line in 8th place while Ryan Wheeler did the same in the junior race.  Senior Nick Flegel finished in 9th place while sophomore Thomas Swanson ran to a 10th place finish.
The varsity volleyball traveled to Lakeview on Wednesday and crushed the Wildcats in three straight sets.  Kent City won all three sets by the same score, 25-11.   The victory improves Kent City’s overall record to 4-2-1 and 2-0 in the CSAA Silver.  Jenna Harrison lead Kent City with 19 assists while Erica Bull recorded 11 kills.
On Thursday, the varsity soccer team tied Reed City in come-from-behind-fashion.   Reed City struck first mid-way through the first half on a long goal.  The Eagles answered back on a Tristan Romero break-away to knot the score at 1-1.  The Coyotes broke the tie in the second half and it looked as it would remain that way until a handball in the goal box gave senior Trent Buckner a chance to tie the score with under a minute to play.   Buckner’s penalty shot found the back of the net and the game ended in a tie, 2-2. 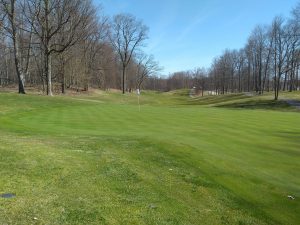 Varsity Girls Golf @ CSAA Bronze Jamboree (Brookside Golf Course)
Tuesday, September 10, 2019 @ 9:00 a.m.
The varsity girls golf team heads to Brookside Golf Course for their third CSAA Bronze Jamboree of the season on Tuesday.  Kent City has been steadily improving with a nearly brand new line-up.   The Carr sisters, Joan (senior) and Michelle (sophomore) are the only returning golfers from the 2018 season.   Last week at the Pines Golf Course of Canadien Lakes, Michelle turned in the best score for Kent City (112) followed by older sister Joan (117) in an outing that saw the team improve their total score by 64 strokes.   Rounding out the top four were Madelyn Watson (junior) and Madi Hudson (freshman).   Sophomore Kristen Moorman also has a bright future ahead of her on the links, she turned in the lowest score on the team (58) against Sparta on Thursday over nine holes.  Other contributors are the Brake sisters Peytin (sophomore) and Madi (freshman) who were in the top four as well.   If you are keeping score at home, that is one senior, one junior, three sophomores, and two freshman.  The Eagles have a bright future ahead of them and will look to continue to improve throughout the 2019 season starting on Tuesday at Brookside Golf Course! 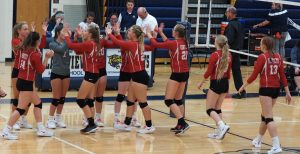 Varsity Volleyball @ Morley Stanwood
Wednesday, September 11, 2019 @ 7:00 p.m.
It has been three seasons since Kent City and Morley Stanwood met in volleyball atop the CSAA Silver.   On Wednesday, the Eagles will travel north east for their first of two meetings with their conference arch-nemesis.   Kent City is 2-0 after narrowly defeating White Cloud in their CSAA Silver opener and then breezing by Lakeview last week in three straight sets.  The Mohawks have made quick work of both of their first league opponents, easily defeating Lakeview and Holton.   Over the last two seasons, Morley Stanwood has held the upper hand winning all four conference duals.   The Mohawks have won the CSAA Silver championship in both of those seasons, in fact, the only time Morley Stanwood has not won the league title since joining the CSAA in 2006 was in 2015 and 2016 when Kent City won the CSAA Silver championship.   Morley Stanwood is ranked 10th in the state in Class C and are the favorites to win the conference, but that means nothing to a young Kent City squad.  They need to attack the Mohawks from the opening serve, and good things are sure to happen. 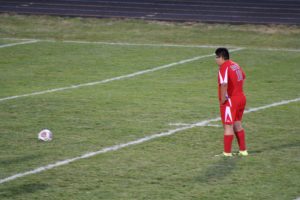 Varsity Boys Soccer @ Kent City Soccer Tournament
Saturday, September 14, 2019 @ 9:00 a.m.
On Saturday, Kent City will host a four team soccer tournament for the first time in several years.   The Eagles will play host to Chippewa Hills at Ward Memorial Field, while Montague and Reed City will battle on the soccer field.  The winners of each game will meet in the championship game at Ward Memorial Field, while the consolation game will be played at the soccer field.   Kent City is 2-2-1 on the season and has already faced two of the three teams attending on Saturday.  The Eagles beat Chippewa Hills 10-2 in their first game of the season and just tied Reed City 2-2 on Thursday.   Montague enters the tournament with a 2-1 record.   All signs point to some competitive games on Saturday in the first soccer tournament at Kent City since the Kicker’s Classic in the fall of 2011.   Kent City will have home field advantage and hopefully all of their players ready to go.   The Eagles have struggled with the absence of key players for a variety of different reasons so far in 2019.   With enough for a bench and all key players in attendance, the Eagles could contend for the tournament title.