Eagles Official Sponsor
The Middle School Softball team traveled to Fremont tonight to scoop up a 10-7 win against the Packers. Jacee was on the mound and struck out 9. Az, Jade and Savannah executed a relay from left to get a runner out at home. Jade, Sage, Selena and Abby all collected an out as well. Offensively, the team was led by Jade with 2 singles and a triple! Jacee followed behind with 2 singles and 3 stolen bases. Maddie also contributed to the hits with a single as well. Savannah was solid behind the plate, not allowing any pass balls. She also had 2 stolen bases on the night. Way to go ladies! They will play their last game of the season Monday in Mona Shores, wish them luck! (6-5). 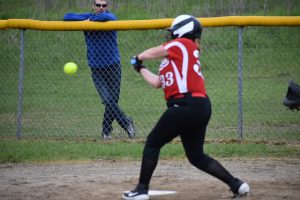