We’re not done yet!  At this time of year, I am often asked about my plans for the summer, but to be quite honest with you, I have not put much thought into it.   Spring sports do not really allow for that kind of long term planning.  Instead, you have to take it day by day.  I am happy to report that we will be finishing up our conference schedules this week and we can move onto to the MHSAA post season (although some have already started or will this week).  Our spring sports have also kept me busy writing about our many successes with a lot left to be written in the next week and beyond.   Here are several from this past week, and believe me, there will be more!

The varsity track and field teams had a great day at the MHSAA Regionals on Friday at Saugatuck sending 17 individuals through to the state finals at Jenison on Saturday, June 1 and finishing in 2nd place as a team.  For the girls, Lauren Freeland qualified in all four of her events including a school record time in the 800 meter run (2:14.37).  Freeland also won the 1600 meter run (4:56) and finished in 2nd place in the long jump.   The senior was also a part of the 2nd place (4:14.11) 4×400 meter relay team who will also be heading to the finals that included Taryn Preston, Emily Lantzer, and Layla Martini.  Preston earned Kent City’s other first place with her win in the 300 meter hurdles (47.90).   Layla Martini qualified two other times, once in the 1600 meter run by time (5:21) and again in the 3200 meter run with a 2nd place finish (11:39).   The final qualifier for the girls was the 4×100 meter relay team consisting of Carley Denhof, Joan Carr, Kylie Brown, and Jasmine Weeks who ran to a 2nd place finish (52.90).

The varsity softball team picked up five wins in seven games last week, including their second tournament championship.   On Monday, the Eagles finished their season series at White Cloud, pulling even with the Indians in the standings with an 11-0 victory that featured back to back home runs by Samara Kolehouse and Janelle Kreuger.  On Friday, Kent City traveled to Lakeview for a make-up game with the Wildcats and pummeled the host 16-0 and 17-0.  Both picthers, Lauren Schnicke in the 1st game and Alyssa Larson in the 2nd game threw no-hitters.   Then on Saturday, the team traveled to Reed City where they defeated the Coyotes in the opener 8-2 behind a balanced offensive attack and 10 strikeouts from Alyssa Larson in the circle.  Kent City then took on McBain in the final.  The Eagles fell behind 2-1 early in the game, but clawed their way back.  In the 5th inning, Krueger drove in Kolehouse and then scored later on an error to give the Eagles a 3-2 lead.  Then in the 6th inning, Nicole McCullough got on with a double and then scored on a Rambler error.  Kent City’s defense shined late to secure the victory, 4-2.

On Thursday, the varsity girls soccer team picked up their third tie of the season against Carson City Crystal, 1-1.  Kent City fell behind early when CCC slipped one by the Eagle goalie.  Early in the 2nd half, a Carson City Crystal handball in the box gave Kent City a penalty kick opportunity.  Sophomore Jasmine Weeks found the back of the net tying the game at one a piece.  Both teams had chances to score, but the goal keepers were up to the task, preserving the 1-1 tie.

The varsity baseball team traveled to White Cloud on Monday to finish a game that was in the top of 7th inning and play a complete game against the Indians.   Kent City finished the 2019 season with a 4-0 record against the Indians with a 9-4 victory in game one and a 6-3 win in game two.  Casey Carew picked up the victory in game one for his work back in April against the Indians before the game was called due to weather.   In game two, Bryant Fahling earned the victory pitching 6 and 1/3 innings including 10 strikeouts.   Nick Coalter lead Kent City from the plate going 3 for 3 with some help from Nick Brummel who was 2 for 4 with a double and 2 RBI’s. 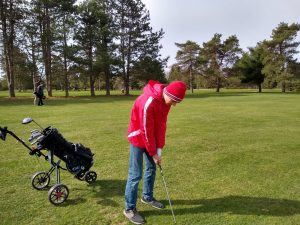 Varsity Boys Golf @ CSAA Championships (Cedar Chase Golf Course)
Tuesday, May 21 @ 9:00 a.m.
On Tuesday, Kent City will travel down the road to Cedar Chase Golf Course for the final CSAA competition of 2019 season.   Following four CSAA jamborees, Kent City is in 2nd place in the CSAA Bronze trailing only golf powerhouse Big Rapids.   Tuesday’s CSAA Championship will count towards the final standings and individual all-conference, the only difference from the previous jamborees is it is being played at a neutral course.  Kent City has constructed a 31 stroke advantage over 3rd place Fremont so they have a little room for error on Tuesday.  Individually, senior Dylan Denhof has a chance to earn 1st team all-conference with a good day at Cedar Chase, he would be the first Eagle to do this since Kent City joined the CSAA back in 2014-2015.   Junior Jacob Sikorski has set himself up for an honorable mention all-conference finish, while senior Alec VanNorman is also in the hunt for an honorable mention finish. 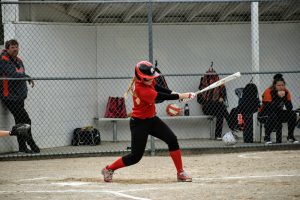 Varsity Softball @ Morley Stanwood (Double Header)
Monday, May 20 @ 4:00 p.m.
The final of the CSAA Silver make-up games for the Eagles is an important one as they face off with conference arch-nemesis Morley Stanwood.   Hopefully the third time is the charm for this make-up game which was originally scheduled for Thursday, April 18.   We postponed that game until Wednesday, May 1, but due to field conditions the game was canceled again.  We are hopeful to finish the season series on Monday.   Kent City needs two wins to clinch a third straight second place finish in the CSAA Silver.  Currently, KC is tied with White Cloud, both teams have 11-7 records in conference play.  The Indians play league leading Holton on Friday, May 24 to finish up their conference schedule.   Kent City easily defeated the Mohawks in their first meeting at home 16-1 and 15-0.  The Eagles will have to bring their A game on the road, especially since in the first meeting Morley Stanwood was without their starting pitcher and short stop due to injury.  Kent City is heating up at the right time as the MHSAA Districts are just around the corner.  In fact, the Eagles have won 14 of their last 16 games outscoring their opponents 155 to 41! 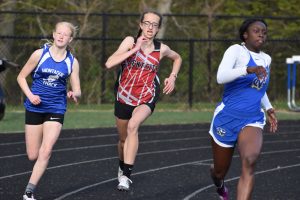 Girls Varsity Track and Field @ MITCA Team State Finals (Clare)
Saturday, May 25 @ 9:00 a.m.
Kent City returns to the Michigan Interscholastic Track Coaches Association Team State Finals on Saturday at Clare High School for the first time since 2012.   The Eagles have had a long history with MITCA, even hosting the meet for some time at Kent City.  Back in 2004, Kent City won the meet and finished as runner-up in both 2003 and 2005.   Teams have two ways of qualifying for the meet, they can win their respective MHSAA Regional or they can be included through their finish in the power rankings put out by MITCA.   Kent City finished the 2019 season ranked 7th which is how they qualified for the meet.  Currently 13 teams are slated to attend on Saturday.  Each team can enter three participants in each event and every finisher scores for the team which translates into the importance of team depth.  It looks like it will be a great preview of the MHSAA State Finals for those student-athletes who qualified for the June 1 meet at Jenison High School.

Thursday, May 23, 2019
No Athletic Events Scheduled