The Varsity Baseball Team traveled to White Cloud last night to wrap up their season series with the Indians after play was suspended back on April 30th.  Leading 8-4 after six innings when play was suspended, the Eagles closed out Game 1 with a 9-4 victory.  The winning pitcher for Game 1 was Casey Carew who went 4-1/3 innings back on April 30th allowing 2 runs on just 1 hit while striking out 5.  Nick Brummel lead at the plate going 3 for 4 with 3 RBI’s while Bryant Fahling, Brendan Boyd, and Nick Coalter each added 1 hit.   Boyd and Coalter each added 1 RBI. 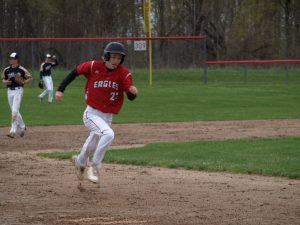 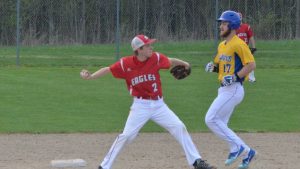 In Game 2 the Eagles jumped out to a 3-1 lead after the second inning and went on to secure a 6-3 win.  Bryant Fahling was in control on the mound right from the start, as he completed 6-1/3 innings, scattering 5 hits while striking out 10 batters and not allowing a walk.  Offensively the Eagles were lead by Nick Coalter who was 3 for 3 with a run scored and Nick Brummel who was 2 for 4 with a double and 2 RBI’s.  Fahling, Boyd, Casey Carew, and Aiden Sarres each added 1 hit.

Kent City goes back on the road tonight as they travel to Holton for a Conference Doubleheader starting at 4:00 pm. 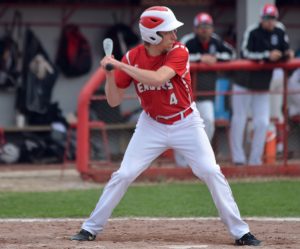 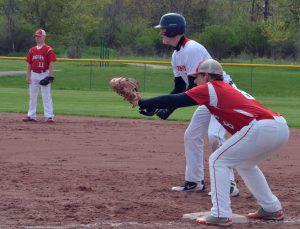